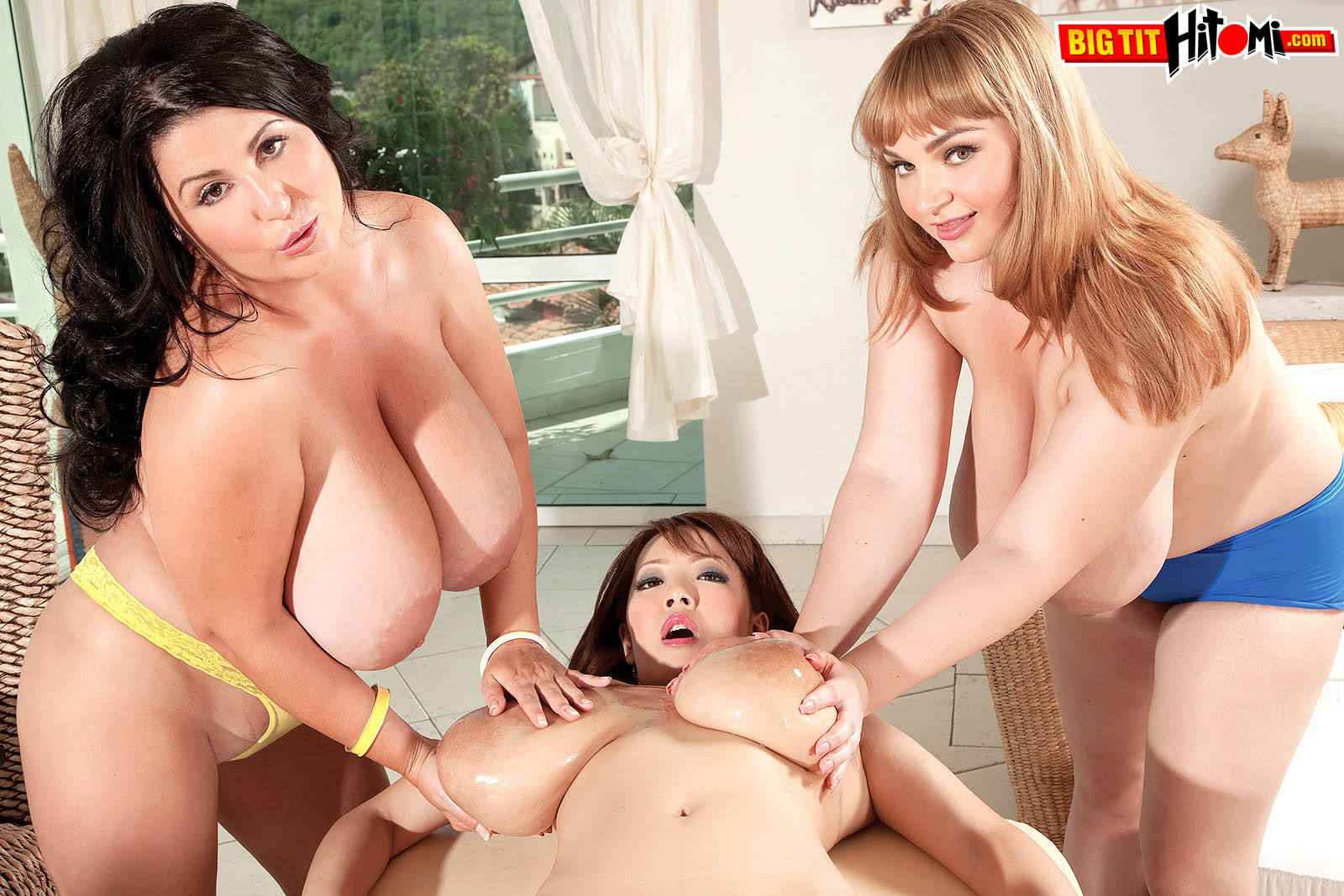 Tokyo is homes to the Japan’s number-one big bust star Hitomi. Natalie and Hitomi spent time together teaching each other sex words and synonyms for tits. One afternoon was a very good time for Miss Bells and Miss Fiore to explore the delectable body of the slim-n-stacked Asian girl. Rubbing oil in to her large breasts and massaging her nipples until they were erect. All three amazing ladies were wet with excitement and it didn’t take long before hands and fingers were moving from breasts to wet pussies. Fingers slipping in and out of their delightful holes these busty ladies couldn’t wait to take things further.  Natalie Fiore and Micky Bells lay the pretty Jap girl down and proceeded to go to work on her body. Licking her pussy and rubbing her giant tits until she had her much needed orgasm. END_OF_DOCUMENT_TOKEN_TO_BE_REPLACED

The camera goes up for a close where she is rubbing herself up ready to show you more, a few minutes later she lays down on the sofa by stripping of her clothes exposing her plump ass and her chubby busty body, soon she takes it to the extreme when she goes to her bed bend over at the camera, from there she slips her fingers into her pink wet pussy hole and starts to thrust her fingers in and out which she moans from pleasure. A few minutes later she is going for her orgasm which she is rapidly bouncing on the bed with her finger slipping in and out of her crack. Watch on as she achieves her orgasm and blows her load at XL girls!